The Chair sought feedback on the venue for the meeting. Kai approved it; Gitte asked for more coffee.

Thanks to Mike Mingard for designing ads and Web pages to promote the meeting: see [http://britishaplassociation.co.uk]

Summary of income and expenditure/receipts and payments

At the end of Volume 26 of Vector the Association had 181 members. 10 have indicated they will not renew. 115 have renewed. 55 to be chased.

All members of the Committee confirmed they were willing to stand again. No other candidates were nominated.

Michael Hughes moved all members of the Committee be elected for another year; seconded: Romilly Cocking; passed nem. con.

The Committee is now:

Richard Smith asked if he was a member in good standing. The Secretary confirmed he was a delegate of Sustaining Member Dyalog Ltd.

The Chair asked if we should follow the same format for the 2017 meeting: approved by a show of hands.

The Editor appealed for articles for Vector 27:1, which he hoped to publish in July 2016. Morten Kromberg invited him to reprint posts from the Dyalog blog; Romilly Cocking invited him to do the same from his blog.

There being no other business, the Chair closed the meeting at 1.30pm 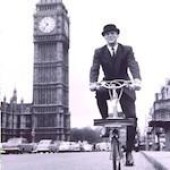